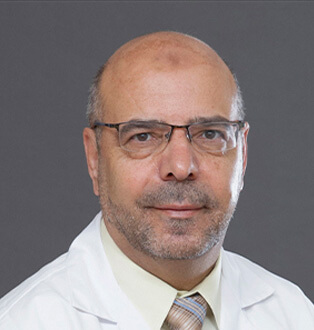 Dr. Aldisi graduated from Medical University Sofia, Bulgaria, and completed a 4 years pediatric and neonatology training in Albasheer General Teaching Hospital (1991). He received the Jordan Board in Paediatrics in 1992, and the MRCPCH from Glasgow, UK (2000) after 6 months of clinical attachment and intensive training in Yorkhill Hospital, Glasgow.

Dr. Aldisi worked at Sheikh Khalifa Maternity & Paediatric Hospital in Ajman, UAE as Paediatric and Neonatology Consultant and Medical Director, and was an Adjunct Clinical Associated Professor in Golf Medical College where he contributed to the establishing, equipping, staffing of a new NICU. He trained many junior doctors who are now very competent neonatologists, and actively participated in the training of the medical and pharmacy students from GMC and Ajman University Pharmacy College. In addition, he led the hospital to be the first MOH hospital to get the JCI accreditation.

I’m pleased to share my views about the renowned and head of pediatric department Dr. Muhammad Aldisi… I can’t describe in words his...