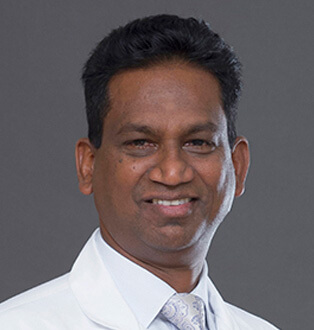 English and Arabic via an Interpreter

Dr. Ricardo is a fully trained British ENT Head & Neck Surgeon with a Certificate of Completion of Training (CCT) in Otolaryngology, UK (2011). He has received many qualifications including FRCS ORL-HNS (2009), DO-HNS (2003), CBiol Chartered Biologist, Europe (2001), MSB Member of Society of Biology, UK (2001), MRCS (2000), and MPhil University of London, Neuroendocrine Thesis (1994).

Dr. Ricardo is a reviewer for multiple journals (e.g. Clinical Otolaryngology, International Journal of Otolaryngology and Case Reports in Pediatrics), and has written over 85 publications including 3 ENT Books, 3 ENT Chapters, Evidence-based Reviews and National Audits on Standards in ENT practice.

Dr. Ricardo is on the Editorial Board of Canadian Journal of Hospital Administration (JHA), and the founder and director of ENTTZAR Ltd - a highly successful UK-based postgraduate teaching company (www.enttzar.co.uk), (www.ricardopersaud.com).

Dr. Ricardo speaks English and Arabic via an Interpreter

I am very lucky to be treated by Dr. Ricardo A. P. Persaud. He is HIGHLY PROFESSIONAL, INCREDIBLY KNOWLEDGABLE and VERY KIND. I had a lot of worries...