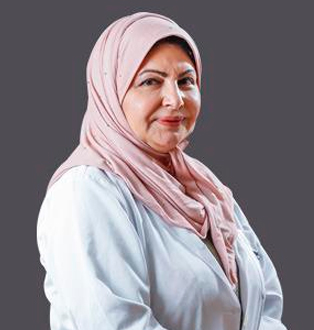 Dr. Rabab’s special interests include Infertility, IVF, Recurrent Abortion, and Premature Labour. She has conducted a research and written a paper on “The Effect of Zinc Sulphate on Hyperprolactinemic in Fertile Women in Correlation with the use of Parlodel Alone in Combination with Parlodel to Enhance the Effect of Parlodel (Prospective Study)”, and “Measurement of Serum Zinc as a Predictor in Hyperprolactinemic Women”.

Special thanks to the wonderful Dr. Rabab Helmy, obstetrics and gynecology consultant at the hospital and...