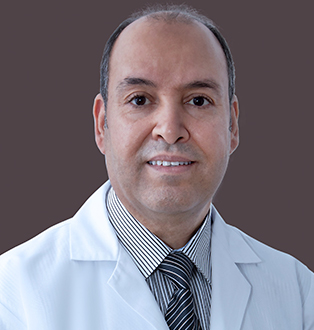 Dr. Mustafa was a House Officer medical rotation in Tripoli, Libya (1991 – 1992), an SHO medical rotation (1992 – 1994), and then a Registrar of Dermatology at the Central Tripoli Hospital in Libya (1994 - 1997). He was also a Clinical Fellow at Saint Thomas’s Hospital (1998 – 1999), and at Hammersmith Hospital (1997 – 1998) London, UK. Dr. Mustafa attended many development courses including an Allergy and the Skin course at Norwich Summer Allergy School in Norwich University, and an Advanced Scottish Paediatric Dermatology course at Ninewells Hospital in Dundee.

Dr. Mustafa’s expertise is in the management of all skin diseases both acute and chronic of both adult and pediatric age group, including psoriasis, vitiligo, eczema, acne, different skin infections. He has experience in skin surgery for treatment of different moles, different skin cancers, different skin cysts and fatty lumps, as well as the use of cryotherapy, different Lasers for hair removal, vascular lesions, skin rejuvenation, Botox injections for wrinkles and sweating, fillers for soft tissue augmentation, Skin Peeling and Mesotherapy.

Dr. Mustafa has attended over 15 conferences and has several presentations to his name, the latest being “Management of Acne” (2010) and “Dermatosis of Pregnancy” (2011) at Doncaster Royal Infirmary Hospital.

Special thanks to Dr. Mustafa Marai and his team. Everything was perfectly done; he is so much supportive and helpful. Great personality and he...